Is Chocolate Milk the Better Recovery Drink for Runners?

As no doubt you’re coming down from your Easter Egg charged sugar rush, what better than a Chocolate inspired guest posting. It’s food for thought… 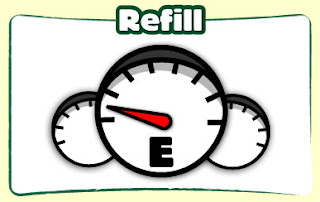 Rehydrating after an intense run or workout should be automatic. After all, your body must be restored of all of the liquid lost through sweat. But rather than reaching for water or your favorite sports drink, you might just want to gulp down a tall glass of fat-free chocolate milk instead.


We know what you're thinking— Gross! But while it may sound repulsive, several experts say that chocolate milk—which is extremely high in calcium, carbohydrates and protein— can really help long distance runners with muscle repair. Not to mention that chocolate milk still has the ability to restore water content in the body and can aid in energy restoration— some experts claim even more so than pure water because it's naturally filled with electrolytes. And when you factor in the cost, chocolate milk can be far more affordable than purchasing sports drinks or pricey muscle milk.


The study, which was conducted by American researchers from Indiana University, tested 9 high endurance cyclists. Half of the test subjects were required to drink either 16 ounces of fat free chocolate milk or 16 ounces of an undisclosed high carbohydrate sports drink after cycling to the point of exhaustion. Both beverages had the same amount of calories. The test was completed twice. After three hours of "resting" researchers took muscle biopsies of the test subjects. What they discovered was those who drank the chocolate milk experienced better muscle recovery and protein repair than those who didn't. 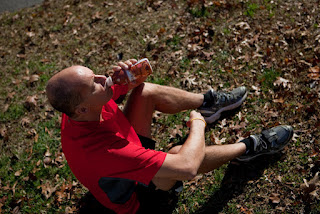 It's unclear whether test subjects were given low fat chocolate milk that is pre-made and ready for purchase in super markets or if chocolate syrup was poured in a glass of milk and stirred. It is also unclear if whether cow milk alternatives, such as soy milk, almond milk or rice milk will have the same results.  What is certain however is that chocolate milk really only benefits "competing athletes"—those who are used to practicing for a running in marathons, ultramarathons, etc and need the higher levels of carbs, calories, and protein to maintain their performance. Otherwise, too much chocolate milk for "light runners" can inadvertently pack on the pounds. As a plus, chocolate (dark chocolate in particular) has been linked to an array of other health benefits, including reducing the risk of heart disease and lowering blood pressure.


Before running out to buy a gallon of chocolate milk, it's extremely important to take into the consideration that the study was funded by the National Dairy Council.


Bio:
This guest post is contributed by Angelita Williams, who writes on the topics of online courses.  She welcomes your comments at her email Id: angelita.williams7@gmail.com.


Here is another great guest post to enlighten you as to what is out there in the world of Smartphone Apps to get you and keep you running. These Apps are far cheaper than a personal running coach, but give you the same motivation… there are always with you and never sleep!  They’re the perfect gift for the runner who has everything. Take it away Pearlie…

Spring is in the air (in the Northern Hemisphere), and to celebrate I went for a long run in the sunshine! I think many other runners had the same idea because the trails and sidewalks were literally “overrun” (pun intended) by runners. The springtime gives us the get-up-and-go to strap on those dusty sneakers with the resolve to get toned and trim in time for bikini season. Many of us start a new diet plan, or sign up for a new gym membership. However, the outdoors hold one of the most effective and free fitness programs you can devout yourself to...running!


So if your fitness goals for spring include running, lace up your sneakers and download the following 4 apps for your iPhone, Android, or really any mobile device or smart phone equipped with phone plans, and get stepping to the Springtime ritual of running…happy trails! 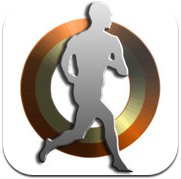 1. Interval Run ($1.99 – for iPhone)
The Interval Run app is ideal for beginners to the running world, or for those who have suffered a set-back (like a knee injury or shin splints). Interval Run will get you back in your sneakers and feeling fine! This app paces you and safely tells you when to switch from walking to running in short time allotments (called intervals), so you can focus on challenging yourself and on your running—not on your wrist watch. 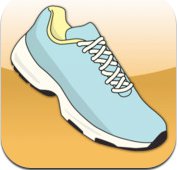 2. Get Running (Couch to 5K) ($2.99 – for iPhone)
The Get Running (Couch to 5K) app, promises anyone who downloads and uses it that they will be running half hour sessions within the next nine weeks. This is even promised to the lumpiest couch potatoes, and even those winded after walking up the stairs. The Get Running app is targeted at beginner runners who dare to disbelieve that they can run. This app will make a runner out of them yet with its nibbles of motivation, community of support, and the fact that users can post their runs on social networks for further motivation and running buddies.

3. Adidas miCoach (Free – for Android)
It’s like a mini-running coach in the palm of your hand! Adidas miCoach is an audible coaching application that is ideal for runners who need more motivation to get up and go! With Adidas miCoach you can customize your training plan based on your personal speed, distance, and endurance goals. And the app will track your running progress—for example, your distance, pace, speed, calories burned, and total workout time—so you can brag about it as you progress. 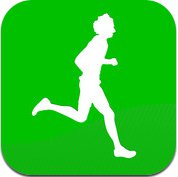 4. Run Coach Pro ($2.99 – for iPhone)
Run Coach is an app that was created by Olympic athletes—so you know it’s gotta kick some serious butt! This app is focused around goals—it tracks your running progress through GPS mapping, and tracks all running details, provides training tips, gives you the motivation of a visual progress bar, and even provides tips.

Check out my other Ultramarathon Running Gear Reviews
Posted by Unknown at 8:28 AM 1 comment:

The importance of your mindset in Ultramarathon Success

2011 was a big year for me in terms of my running, and it had some great highs and pitiful lows.  Only now, a few months on have I managed to detach myself from the emotional involvement to get a rational view on what I did right and what didn’t go so well.

So what was the difference between these highs and lows, and what can I do in future to get more highs and eliminate the lows.

Looking back at TNF100, it was a hugely enjoyable event from arriving in Sydney, and hitching a lift with my running buddy Andre Blumberg (of the Hong Kong 4 in 4 challenge) all the way through to the presentation where I was awarded a first aid kit because of my 3 falls along the way.  I met up with a great many friends new and old, and a lot of supporters of my 33 Marathons run.  I was surrounded with positivity and encouragement, and made to feel that what I was attempting was something special.  I carried this wave of emotion with me throughout the weekend, and it kept pushing me along through the inevitable tough times you get during a 100km. 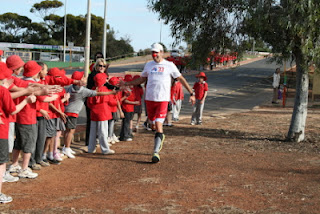 The start of my 33 Marathons was similar. Meeting up with the great guys at the Kalgoorlie visitor’s centre and being treated like a Rock star, being cheered on by the kids at the local primary school, and having the Channel 9 TV cameras following me for the first few kms.  All this was hugely empowering, and everyone around me was unified in their support of the challenge. Then to see the supportive comments online, and to have guys like Grant Wholey drive out into the middle of nowhere to run with me was just the best feeling ever.

6 days later and I’m suffering physically, but more so mentally.  I had plenty of time to think about what was going to happen after the event, and for me that wasn’t a positive experience.  I won’t go into details, but after having devoted the previous 18 months to the event, the financial situation at home was very bad, and I knew that on my return I was have to switch my focus away from running. Not only that, all those comments from  people close to me who (with the intention of caring for me and having my welfare at heart) had expressed their concerns about the whole venture, with a general negative viewpoint, were starting to fill my mind.  So on the morning after having covered 640kms, and felling pretty sore, the decision to stop was taken when I wasn’t in a balanced emotional state. The euphoria of the days earlier had been swept under the carpet, and all I could think of was why I shouldn’t be there.

A similar situation happened at GNW, while I was pretty badly dehydrated, those same thoughts were streaming through my mind, and the decision was made with a general negative mindset.

So the lesson I have taken from this and it is something I’ve noticed in short training runs too, is that you have to be congruently focused on your goals with a positive mindset to hit the target. Any negative thoughts can lurk in the background waiting to trip you up, and all you have to do is take your eyes of the prize for a brief moment for those demons to take hold.

While physical preparation is obviously essential, a positive mindset and supportive environment is equally important.

So if you’re planning a race keep clear of those negative people who drain your energy, and seek out those who encourage and motivate you.

If you see someone struggling, you know what to do to help them pull through...be a fan.

“Keep Away from people who belittle your ambitions. Small people always do that, but the really great make you feel that you too can become great” – Mark Twain