and downloaded the session. Everything looked pretty normal, and I was happy with the way it looked. I then compared it to my previous weeks running as I have been increasing my mileage of late, and I wanted to check my pace and Heart Rate to keep an eye out for signs of overtraining as I had been feeling pretty tired between runs.

(I thought that maybe I had been overworking it!) as my last two sessions had exactly the same time down to the second. The route I had taken was the same so you may expect it to be similar, but not identical. Anyway after more careful scrutiny it appeared that I had done the same route in exactly the same time in succession.

This made me think about my pace in general, and how much we do get into a groove when we run. On out and back sections of this route I can see my tracks in the sand and my stride length is very consistent too. It is like you are running in a trance-like state, a kind of auto pilot.

My recent training runs have just been about putting some miles into my legs to build my base, without any specific sessions such as a tempo, fartlek or hill work. So I must assume that this is that pace at which my body is comfortable.

The feeling is certainly that I could just run forever at this pace when doing a 20-30Km run. There must come a point though at which your performance will drop off. I’ve been to that point and beyond on a number of occasions, usually in a race.

The problem is this. On the start line of an ultramarathon you’re pumped with adrenalin, you’ve been training for weeks, months or more, you’re surrounded by excited and enthusiastic runners, and you can’t help but feed off the buzz. The starter gun goes off (or as is more typical for an ultra, someone shouts go and you start your watch) and you jog away settling into your normal rhythmic pace that you have been so comfortable with in training.

All of a sudden you start to slow, your feet no longer keep pace with the tune you’d had in your head for the past 4 hours, and a mild panic sets in and you see the belt buckle drifting out of reach.

The reason of course is quite simple, and that is you’re tired and have used up more of your energy reserves than you should. You have bonked. I’ll go into bonking more in other posts, but the answer is that you can train and manage your body to avoid or at least delay the dreaded bonk! 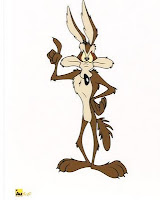 So what is the message of this posting? There are two. Firstly you aren’t going to do full distance in training, so don’t expect to run at that pace in a race.

Secondly it comes back to a common quote in the world of Ultra running. When I first heard it I thought it was intended as a joke to the uninitiated, but experience has revealed it to be an ultra running truth...”start out slow and taper off!”

So enjoy the atmosphere of the start, and don’t be fooled early in the race by being ahead of schedule and feeling good – it will soon pass!

“Human beings, who are almost unique in having the ability to learn from the experience of others, are also remarkable for their apparent disinclination to do so” – Douglas Adams