Ultramarathons are the new Marathons

I got up at 5:30 the other morning because of my commitment to running ultramarathons. That’s nothing unusual you think, most ultra runners get up earlier than that for a training run, but this was not to run.  I had to get my entry in to the Great North Walk 100, as the entries opened at 6:00am and I did not want to miss out (unfinished business from last year!). It is just as well I did.

I sent my entry in at 6:00am and 30secs, and my entry was number 32, of a maximum 105 slots. Within an hour or so the waiting list had started and was filling up too. Last year I was a couple of days late, and got in about 15 spaces before they sold out.

For those of us who entered GNW 100s previously, it was well known that the pressure for entry spots was going to be high, but it was a topic that was not discussed.  In the previous 3 months I have not seen any mention of the race on the running forums (Coolrunning GNW), as everyone has secretly been hoping that the others have forgotten about it, and hence increase their chance of getting a race spot (which is done on a rigid first come first served basis).

I find this quite amusing as I have mentioned in previous posts (Does ultrarunning make you a better person?) ultra runners are a friendly, welcoming bunch, but it would seem we also have a sinister nature to us too!

These sort of entry frenzies is nothing unusual for major ultra events such as Western States, where there is a ballot for entries, the Six Foot track sells out in hours, the North Face 100km doubled its capacity and there were still plenty of takers for spare spaces, and some races you have to enter years in advance.

Such an occurrence is becoming more and more commonplace, and not just with the high profile races.  Clearly this isn’t just the same people entering more events, there are more ultra runners entering the sport, and I for one think it is great.

So what is the reason for more people wanting to have a go at ultras? I think the reasons are twofold. Firstly, whilst awareness of ultras is still far from the mainstream, with the likes of the “and Finally” sections of the TV Sports News, and coverage in the running press such as Runners World

, it is certainly now in the vocabulary of most runners. When I was growing up the concept of running beyond 26.2 miles was reserved for the superhuman, and considered to be “bad for you”. This is not the case today.

Secondly and what I believe to be the main causative factor, is that whilst completing a Marathon is still a significant challenge, it not that uncommon to have completed one. I read in a recent survey that the main reason that anyone runs in a marathon is to “Challenge yourself”, but it would seem that a marathon is not challenge enough.

It comes down to the human psyche, and whilst we want to challenge ourselves, there are a large number of us who need that challenge to be relative to everyone else’s achievements. So while a running a Marathon is a significant achievement, if everyone’s completed the distance, it doesn’t really stand out as such an achievement, and to enter one isn’t seen as such a significant challenge.

So why ultramarathons? After all there is a massive challenge in running a marathon in a faster time. Why can we not just challenge ourselves by running the same distance, but in less time? The thing is non-runners or people who do a bit of jogging don’t appreciate the difference in effort and training required to run say 3:30 marathon compared to a 4:30, as most of them haven’t done either.  However, nearly everyone on the planet has covered 100miles, or can at least understand what that sort of distance is compared to normal every day activities (such as to my parents and back, or 4 back to back marathons!). So if we want acknowledgement and recognition from our fellow man, saying you have run an ultra distance event, makes you stand out from the crowd.

Basically the increase in popularity of running in an Ultramarathon is to feed our inner arrogance and boost our status among our peers! 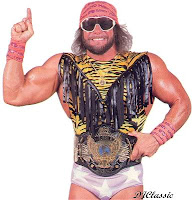 “Opportunity is missed by most people because it is dressed in overalls and looks like work.” – Thomas Eddison


Here are a couple of recent training sessions, the first being a soft sand beach run, followed by 8 intense reps on a set of steps taking about 2 minutes to ascend each (a hard session getting lots out of a short period of time). The second is a standard training run with a few hills and a couple of sprints thrown in for a bit of fun.