Ultramarathon Running – Specific training to help YOU improve your endurance.

A common theme in my posts is that we are unique in how our bodies perform during an ultra distance running event – we are an experiment of one individual. So how can I specify training which will help any individual improve their endurance?

Without a one-on-one session this would be near impossible, as the variables that effect any given performance are too numerous to mention.  However it is precisely this point that directs us to the answer. 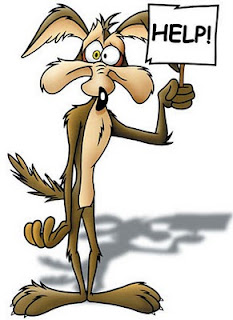 To know how to improve your endurance you must know what the factors are that are actually limiting your performance.  For the purpose of this blog I am going to focus on the two general areas over which you have any control (arguably!) which are your physiology and psychology.  External factors such as poor weather, getting lost, or getting hit by a falling anvil can be covered in future postings.

The capability for endurance of your body is like a chain made up of many links each one as important as the others.  So you endurance will collapse when the first link breaks.

Simply put you need to understand what it is about your mind and body that causes you to slow down and ultimately stop, hence establishing the limits of your endurance. You then focus your training reduce the impact of the troublesome factor until it no longer limits your performance. Ideally you would like to remove it completely, but that isn’t always possible.

It’s been said that ultramarathons are more psychological than physical, and this is something that I can relate to.  There have been times when I wanted to stop rather than having to stop, but stop I did. The mind drives the body, and hence the mindset of an ultrarunner is hugely important if you are going to run long.

To improve your endurance from a mental perspective you have to want to achieve the goal, but you also have to be prepared to overcome periods of negativity. That little voice getting louder and more persuasive as you begin hurting, it gets colder, and it gets dark, as it starts telling you that you can’t do it, stopping is a good option, people won’t think less of you, it’s the sensible thing to do, there’s always next year.

Not only do you need to be prepared for those downs, you also need to know they will pass and to believe that you can achieve that goal. The best way to believe something is possible is to have done it before, but there has to be a first time. So you must be confident and positive based on your training, or perhaps the inspiration of others, that you are able to reach your goal. To do this in training rather than run 100km in training for a 100km race, I would say that I am going to achieve something such as run 40km on back to back days. On successful completion of this, I would be confident that I can run 100km in a race. Now there is no real logic to this assumption, but that does not matter so long as you believe it to be the case.

Another technique could be to run one extra rep than planned of a hill repeat or interval session, so that you’re teaching your brain that you can always do a little more than expected. You must of course not start a session with this in mind!

There is a further problem for the brain during an ultramarathon which is not purely psychological, but does have a psychological impact. The brain is fuelled purely by blood sugar, and with prolonged levels of low blood sugar (hypoglycaemia), the central nervous system becomes fatigued.  This slowly reduces the ability of the brain to drive the muscles to work, and as Tim Noakes (The Lore of Running

) cites has further symptoms of “reduced ability to concentrate, a sudden feeling of weakness, and the intense desire to stop running. Typically the athlete senses the impossibility of completing the race”.

I can relate to this very strongly as it accurately defines how I felt just before a DNF and another time when I almost DNF’d (but after a 30 minute rest and some food was running strongly again).

This rather neatly leads us on to the physiological limiting factors. Clearly from the above nutrition plays a major role in your ability to keep going. It’s probably the most frequent problem I hear discussed amongst ultrarunners who have had to stop or slow significantly because they feel sick, can no longer stomach any food or fluid, or they are too weak from a lack of energy replenishment. So be aware that to run further you may just have to experiment with different energy sources, solid or liquid foods, electrolytes, or even just remember to eat.

The same rationale applies to hydration.  The symptoms may be different from dehydration or the dreaded overhydration (hyponatremia), but the effect on your ability to continue can be the same. So experiment with different sources of hydration and different styles of consumption. Maybe “little and often”, or big gulps, or only with solid foods, perhaps it is just  a case of getting into a routine of drinking every 15 minutes for example – only you will know what works for you by giving different methods a try. An important point to remember with regards to hydration is the varying effect of environmental conditions on your fluid needs and sweat rate. This will be discussed in future posts.

Your clothing and equipment has the ability to stop you in your tracks as it can cause debilitating blisters, sores through rubbing, cause overheating or chilling, and they can affect your running form in such a way as to take you out of a race. These are typically the easiest factors to control and remedy. It could be just a case of applying some Vaseline, or applying some tape, or even removing the offending item, or perhaps adjusting the gear to fit better.

From my own experience my back pack fits well and I train with it all the time with about 7kgs in it without any problem. However as soon as I race over 50kms my back gets red raw and is very painful. I solved this issue with a bit of strapping tape across the lower part of my back and ran for 14 hours without the slightest discomfort.

Finally the other group of limiting factors are the physical limits of your muscles and bones to keep propelling you forward.  Now as we have already discussed this could actually be mental, or perhaps limited by your pain tolerance, again a mental factor.  However, weakness and pain can become familiar adversaries during an ultra.  If you can establish these as a limiting factor you will need to establish a course of action such as additional strengthening exercises, stretches or perhaps changes to your running gait to mitigate their impact on your endurance.

I see improvement to running gait as the most important of all physiological factors because of the association to many of the other potential weak links in the chain.  A more economical running form can cause fewer injuries, use less energy, and possibly reduce stomach problems related to agitation or friction from gear rubbing when not running smoothly.

So to summarise to know how you can improve your endurance, you must establish what specifically it is that is limiting your endurance. You must then adapt your training to address this, and then repeat the analysis again to find out what you have to work on next to improve the next limiting factor.  There is always something you can improve, so be smart, and make sure you work on the thing that is going to give you the results you are after.

“Success is the ability to go from one failure to another with no loss of enthusiasm” – Winston Churchill
Posted by Unknown at 11:34 PM