Whenever the topic of running comes up with non-runners, occasional joggers, and sometimes even the more accomplished runner I’m often asked “Don’t you find it boring?” or “How do you keep motivated when running for that length of time?” I’m always polite in my response, but really their ignorance probably hails back to some bad experience at school being forced to run around the block by an unimaginative Gym teacher. The thing is that running takes on many forms, including the athletic track races, trail running, road races, fun runs, fell running, ultramarathons, the list goes on, and each of them have their own pros and cons.

I’m going to generalise by splitting running into Road Running

As you will know from previous posts, I used to run exclusively on the roads, and was even careful not to run on the grass verge for fear of injury. Now I have done an about turn, running off road wherever possible and the reasons for this are the significant additional physical and psychological benefits.

Any running has a health benefit, improving fitness, strength, flexibility and the endorphin rush from any physical activity. So where does Trail Running differ from Road Running?

Injuries:
With experience of running on the trails you will experience fewer injuries than on roads. Sounds counter intuitive, and my reasoning is this. By running on an uneven, inconsistent surface your muscles and connective tissues are working harder, more explosively and more erratically. You are effectively strengthening all around your joints and spreading the load and wear, unlike road running where the motion is very consistent and repetitive. 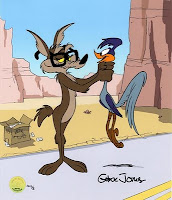 Whilst road running you will find that certain muscles and connective tissues will remain dormant and superfluous to the normal running action because of the consistency of the surface. They can become a weak link in your running system and can fail should you encounter any sudden changes to the running surface. I saw this during the North Face 100, a maiden ultra for many, where a number of participants had done nearly all their training on roads (coming from a conventional marathon background). The lack of toughness in the joints (ankles in particular) was resulting in a lot of rolled ankles and falls for these folk.

Those who train on the trails have stronger joints and better proprioreception, enabling a faster almost instinctive correction when encountering potentially hazardous terrain. Even if an ankle is rolled the increased toughness of the joints will reduce the severity of the trauma.

Not only are you more likely to experience more severe traumatic injury road running, but given the repetitive and consistent nature of road running, you will more likely suffer from the overuse type of injuries.  This came home to me on my run yesterday, when I can honestly say I was using every muscle in my body, just keeping myself upright and moving forward. No two strides were alike, as I careered down a rocky fire trail.  It was great fun!


Psychological differences:
It has been said that running is never fun, but rather is enjoyable.  Whilst this may be true generally speaking, I frequently have fun running the trails in training whilst running solo. A road runner could say that they have fun in a heavily supported event, and I’ve experienced that myself, but the bulk of your mileage is done alone or in a small group.

In my experience I found road running a sport driven by the watch on your wrist. Constantly concerned with pace and split times and the desire for a PB. Now these are honourable goals, but for me it ended up taking away the enjoyment.  I would be running around the Botanical Gardens in Sydney, a place people dream of visiting let alone using it for daily training sessions, and I wasn’t even looking beyond a few metres in front of me.

By changing my mindset and getting out on the trails I found myself running for the enjoyment of being out in the environment. While the overall time I was running was still important, I would happily stop and take in the sights, take a detour to check out something of interest, or just walk to take in my surroundings.

It can actually be easier to run when you are away from the roads. You can relax, not having to worry about being hit by a car or overzealous cyclist. It’s safer on the trails (unless you happen to step on a snake or get eaten by a bear!). There are plenty of distractions to take your mind off the process of running, whilst providing focus to experience a flow like state of “being in the zone”. 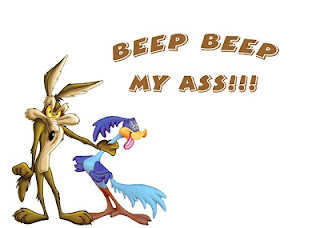 “Adventure is worthwhile in itself